Purepoint (as operator) holds a 27% ownership of the Smart Lake project in joint venture with Cameco Corporation.

The Smart Lake property includes two claims with a total area of 9,860 hectares situated in the southwestern portion of the Athabasca Basin, approximately 60 km south of the former Cluff Lake mine.

Depth to the unconformity, where it occurs, is relatively shallow at less than 350 metres.

Aeromagnetic and electromagnetic patterns at Smart Lake reflect an extension of the patterns underlying the Shea Creek deposits (max. grade of 58.3% U3O8 over 3.5 m) 55 km north of the property. Exploration by Purepoint and Cameco has firmly established the presence of uranium mineralization, hydrothermal alteration and the location of a number of basement electromagnetic conductors never drill tested.

During 2008, Purepoint’s initial drill hole SMT08-01 intersected a weakly radioactive structure that displayed the strongest radioactivity returned from a tension fracture in SMT08-06 assaying 1,600 ppm U over 0.1 metre.

Known uranium mineralization at the Smart Lake project is associated with a steeply dipping, north-northwest striking, and hydrothermally altered, graphitic-shear zone. The strongest radioactivity returned from the conductor is 127 ppm U over 13.3 metres in hole SMT08-01. A geochemical signature is associated with the uranium mineralization and includes the enrichment of nickel, arsenic, and cobalt. A flat-lying, radioactive tensional fracture zone extends westward from the graphitic shear and returned 1,600 ppm U over 0.1 metre.

Purepoint Uranium · 12 hours ago
@PurepointU3O8
We'll continue to advance our entire portfolio and are most excited about returning to our newest priority at Red Willow with a clearly defined continuous zone of radioactivity exceeding 33,000 CPS
https://t.co/QPmH7ikOHh
View on Twitter
11
40 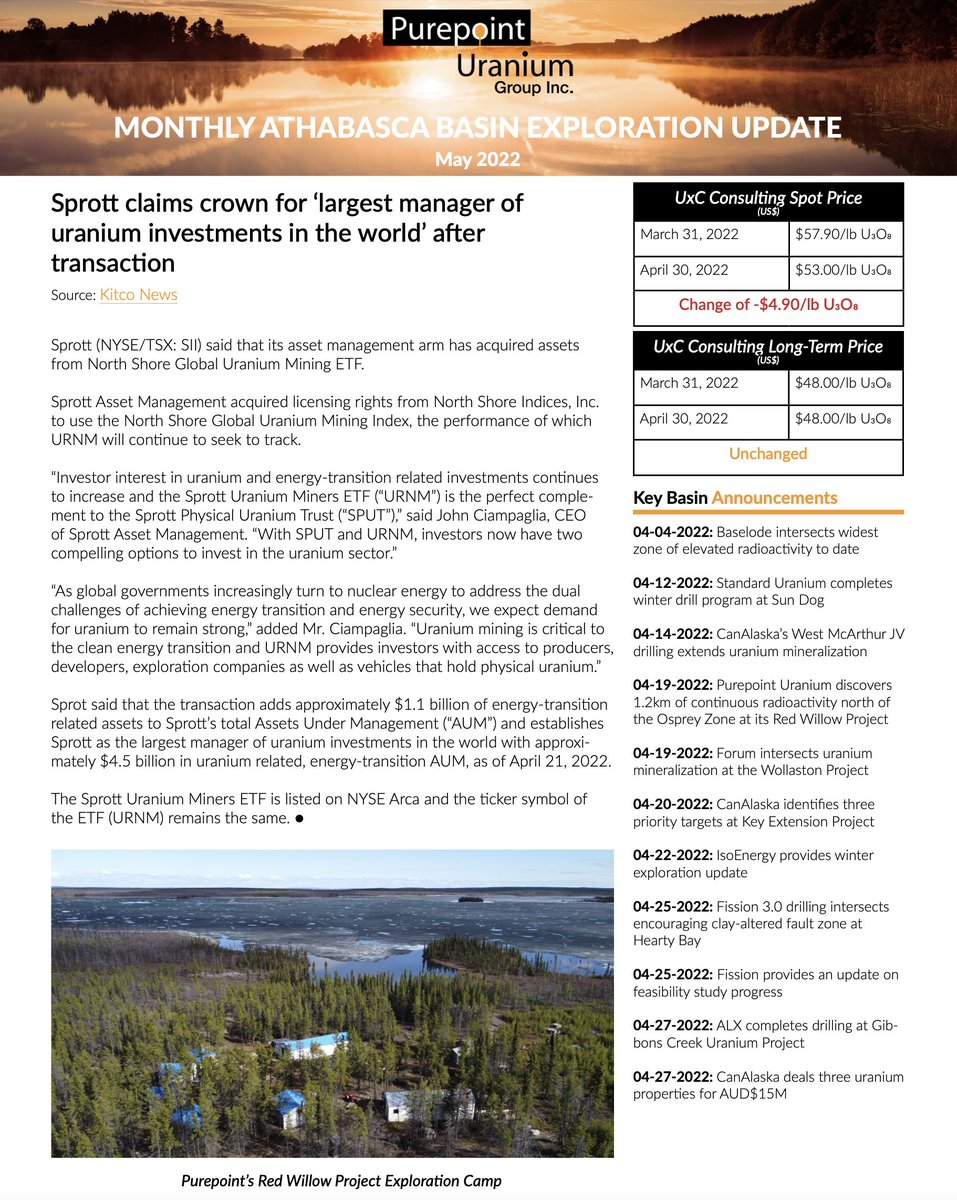