The Most Prospective Exploration Project in the Basin

The depth to the Athabasca unconformity is very shallow, ranging from zero to 350 metres. Three prospective structural “corridors” have been defined on the property, each corridor being comprised of multiple EM conductors that have been confirmed by drilling to result from prospective graphitic shear zones

A 2019 airborne gravity survey funded by the Targeted Geoscience Initiative (TGI), a collaborative federal geoscience program, has provided results suggesting that uranium deposits may form proximal to gravity highs. Purepoint considers the gravity highs of the first vertical derivative (Boulanger, Kiss and Tschirhart, 2019) to be reflecting ultramafic intrusives within granodioritic gneisses. The density contrast of the two lithologies may be providing zones of weakness along their contacts where structural traps for uranium-rich fluids are being preferentially formed.

Area from Bow to Upper Spitfire

Purepoint Uranium @PurepointU3O8
7 days ago
. @PurepointU3O8 will be actively advancing our significant pipeline of #uranium projects in the coming months
https://t.co/DySMv29hrv via @YouTube
View on Twitter
8
30

Purepoint Uranium @PurepointU3O8
1 week ago
On April 12, @RedCloudFS hosted us on a live webinar. President & CEO, Chris Frostad, discussed how the company is deliberately positioned for Uranium’s revival. Watch the replay here.

Purepoint Uranium @PurepointU3O8
1 week ago
Today @ 2pmET/11amPT, our President & CEO, Chris Frostad, will be on a live #webinar hosted by @RedCloudFS, where he will discuss how the company is deliberately positioned for #uranium’s revival and more. 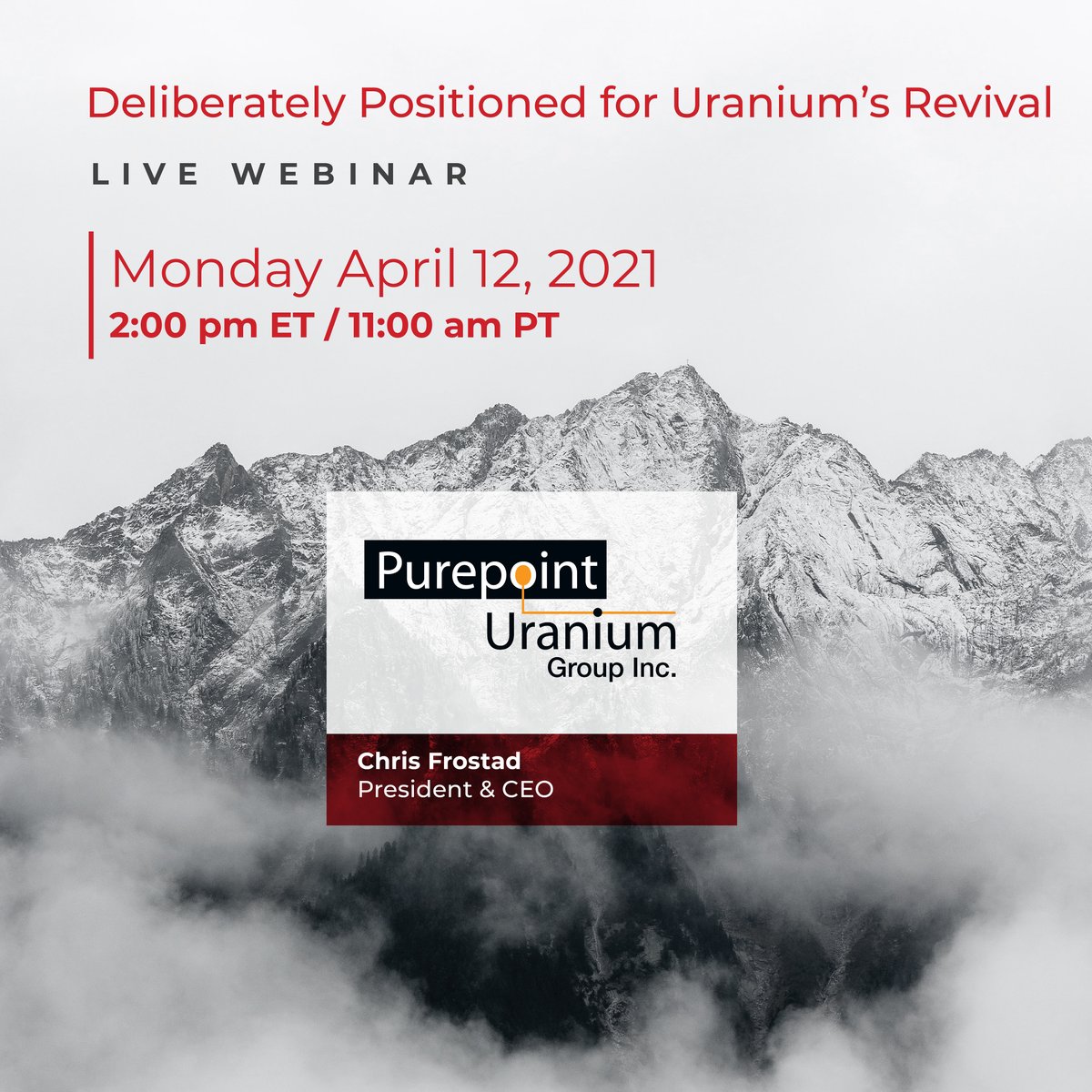 Purepoint Uranium @PurepointU3O8
1 week ago
In addition to our work at Hook Lake, we maintained our advanced 100% owned assets while staking additional claims in prospective areas. Permits we have in place will allow us to commence our expanded #uranium exploration efforts immediately
https://t.co/OaecrneRgM
View on Twitter
4
28

Purepoint Uranium @PurepointU3O8
1 week ago
Thanks @CruxInvestor for the conversation this past week- $7M Raise & Timing Comeback Right
#uranium #athabascabasin
https://t.co/7Gk4y3VEgk via @YouTube
View on Twitter
4
17

Purepoint Uranium @PurepointU3O8
2 weeks ago
On Monday April 12 at 2pmET/11amPT, our President & CEO, Chris Frostad, will be on a live #webinar hosted by @RedCloudFS to discuss the precise exploration of 12 highly prospective #uranium projects in the #Athabasca Basin. Register here: https://t.co/VS95C5O6Ma
$PTU #Mining https://t.co/oekT9dwsUi
View on Twitter 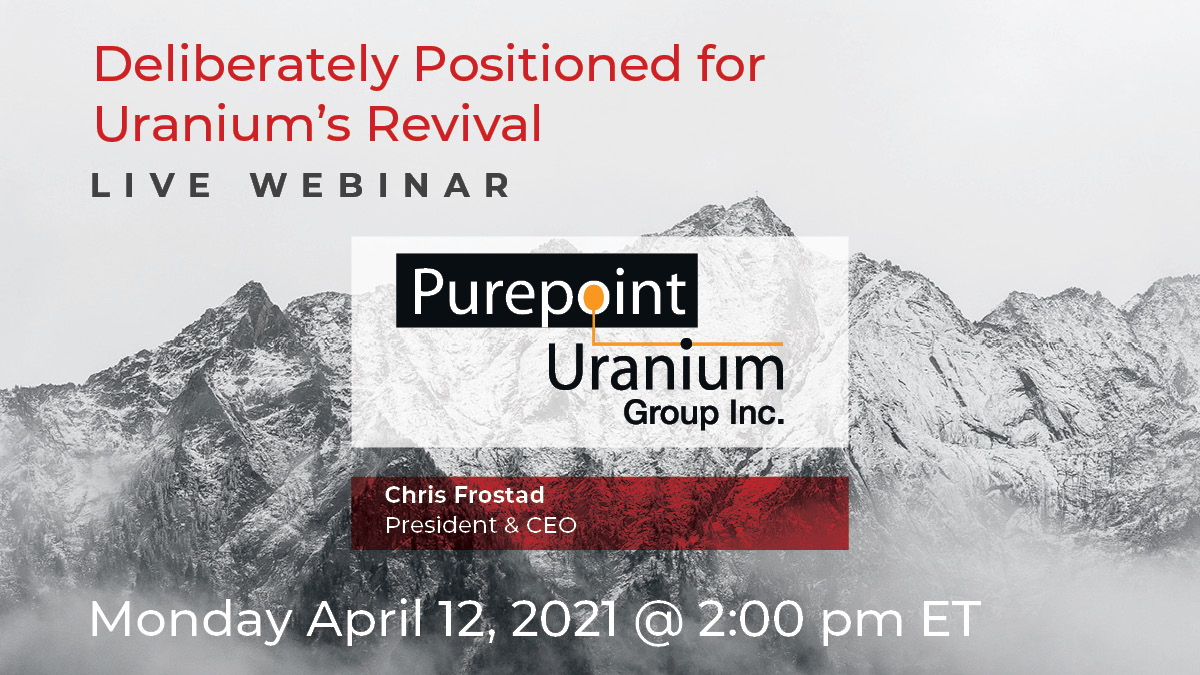