Anyone who follows the uranium market is familiar with Canada’s legendary Athabasca Basin (the “Basin”) – host to the world’s richest uranium deposits with U3O8 grades reaching 10 times that seen around the rest of the world.

Over the last 65 years, there have been 39 deposits discovered in the Basin containing a total of well over 2 billion lbs. of U3O8.

There has been a broad range of deposit sizes assembled across the Basin, from the smallest, Stewart Island, containing only 46,000 lbs of U3O8 to the current leader, McArthur River with one half billion lbs of U3O8.

Of the 39 deposits, only six contain over 100 million lbs. of U3O8.  Those six deposits, however, account for almost 70% of the region’s contained uranium.

The primary differentiator between uranium projects located in the Basin is the ore grade.  Typically, around the rest of the world, uranium is mined at an average grade of approximately 0.5% U3O8.  In comparison, the average grade of the Basin’s deposits is 5%.

What may be surprising to some is that only three deposits carry ore grades exceeding 5% – Cigar Lake 15.02%, Phoenix 18.48% and McArthur River 22.28%.  Half of the total contained metal comes from deposits with grades of between 1-5%.

The only Basin mine currently in operation is Cigar Lake, however, two others producing mines (McArthur River and Eagle Point) are currently on maintenance until uranium prices improve.  For approximately one third of the Basins uranium reserves, there is still an outstanding question as to whether they can be feasibly mined.

Purepoint Uranium · 6 hours ago
@PurepointU3O8
We recently announced the initiation of an airborne gravity/magnetic survey over our 100%-owned Carson Lake Uranium Project. See below for highlights, for the full release: https://t.co/qe4yAlOU3P 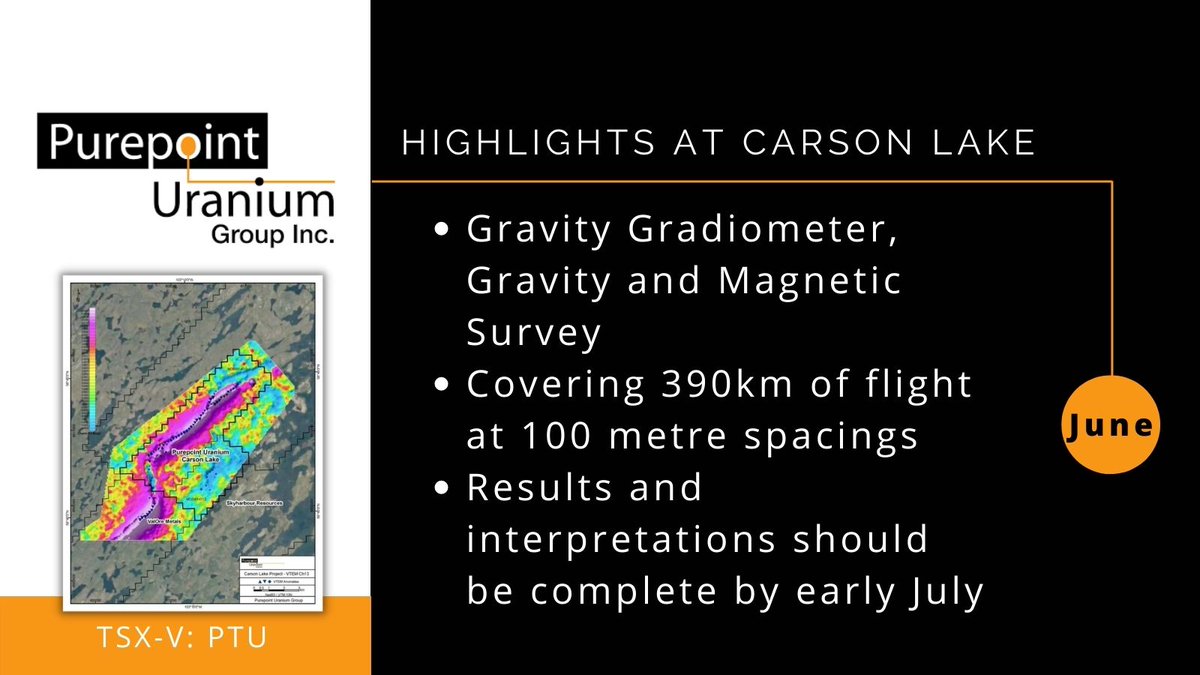 Purepoint Uranium · 2 days ago
@PurepointU3O8
Chris Frostad, President and CEO, Purepoint, is pleased to share the company has begun an airborne gravity magnetic survey over its 100%-owned Carson Lake #uranium project with an aim to identify perspective exploration targets.

Purepoint Uranium · 2 days ago
@PurepointU3O8
#DYK: The Hook Lake JV Project is considered one of the highest quality #uranium #exploration projects in the Athabasca Basin due to its location along the prospective Patterson Lake trend and the relatively shallow depth to the unconformity. Click here: https://t.co/MKwijGpVOP https://t.co/SGIh9BMxWA
View on Twitter 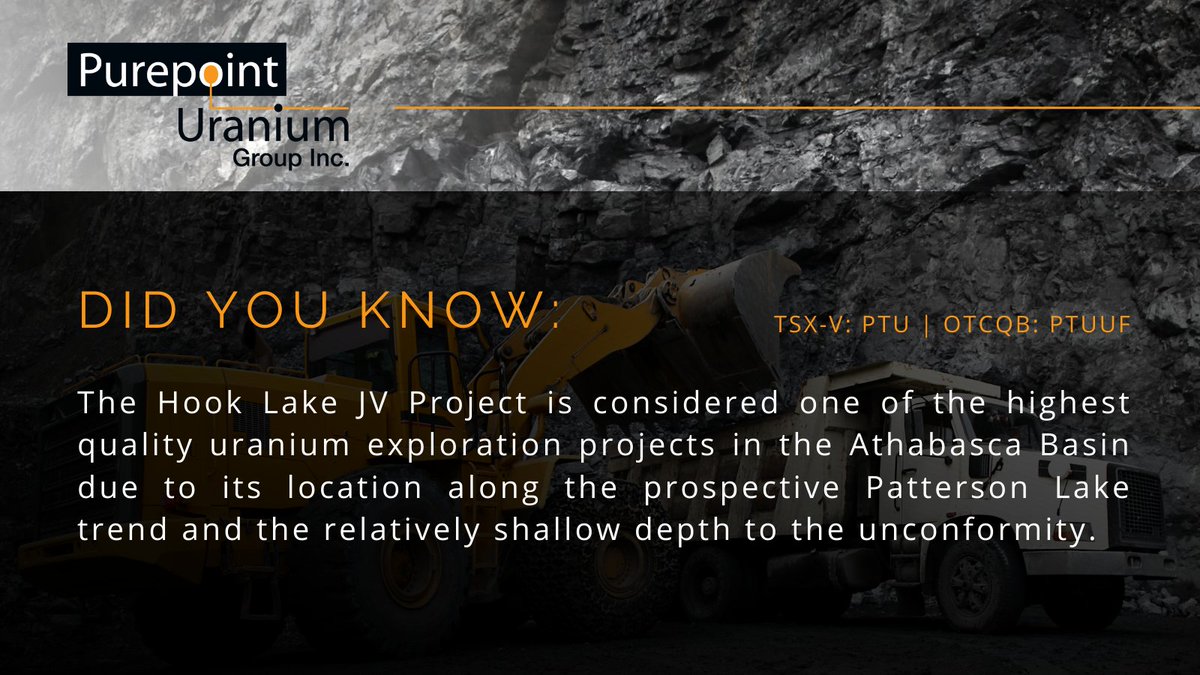