“We are very anxious to begin this winter’s program at the Sabre Target Area – the result of two years of preparatory drill testing, geophysical surveying and analysis detailing primary drill targets through the heart of the Patterson Lake trend.” Chris Frostad, President & CEO stated: “Hook Lake is a high priority project, validated by the ongoing support of our partners Cameco and Orano; two of the world’s largest uranium suppliers”.

This year’s geophysical survey covered the Sabre Target area and consisted of five lines of stepwise-moving loop EM surveying that were spaced 800 metres apart. Interpretation of the survey results have provided initial drill targets covering 3.5 kilometres of conductor strike length. The purpose of the survey was to provide drill targets northeast of hole HK19-105 that intersected numerous shear zones, strong hydrothermal alteration and elevated radioactivity (up to 125 ppm U over 0.3 metres). Interpretation of the EM results provided four to six conductor picks of varying strength along each survey line. The “W” conductor now appears as two continuous parallel conductors of variable strength associated with numerous sub-parallel weaker conductors. 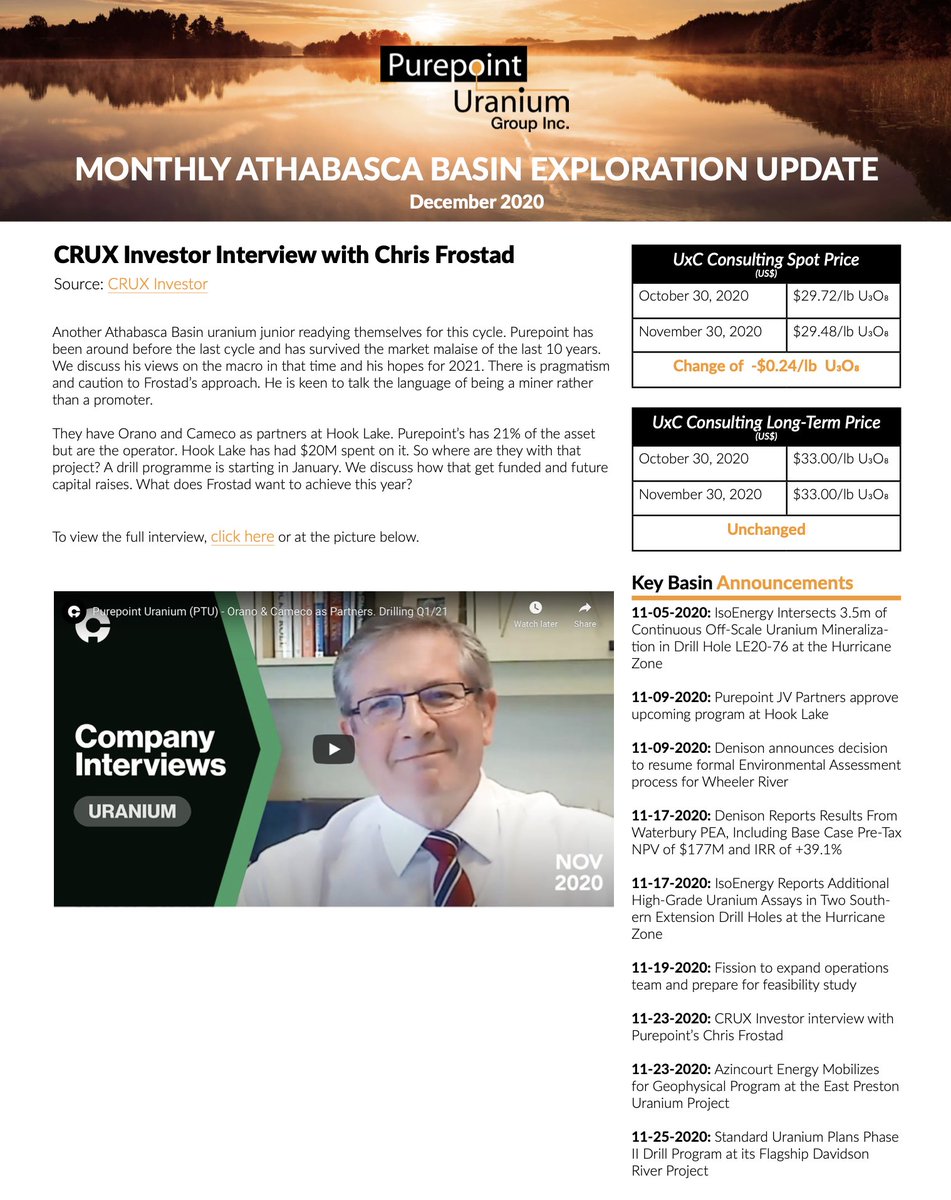 Purepoint Uranium @PurepointU3O8
2 weeks ago
Thanks for the Interview @CruxInvestor: There is pragmatism and caution to Frostad's approach. He is keen to talk the language of being a miner rather than a promoter
#uranium #athabascabasin https://t.co/AcVNyS5kvh
View on Twitter
2
17 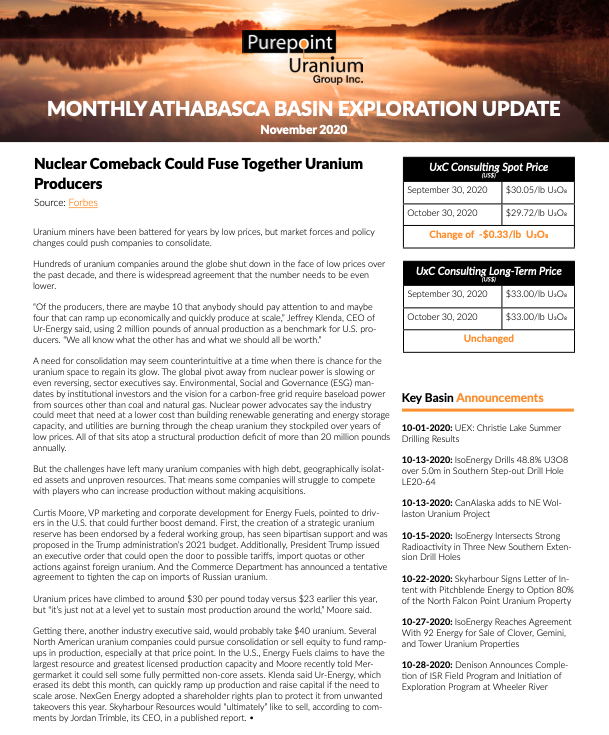